There is some interesting stuff in this new NEA poll of parents, but it’s an online poll and they asked parents about how much access to technology is an issue for them. Good news! Just 6 percent said it was.It’s an online poll…c’mon…Across the country millions of kids are not being served because of issues with device access, internet access, or both. We have to do better…

Here’s some student voice via The Times:

Talking out of turn. Destroying classroom materials. Disrespecting teachers. Blurting out answers during tests. Students pushing, kicking, hitting one another and even rolling on the ground. This is what happens in my school every single day.

You may think I’m joking, but I swear I’m not.

Based on my peers’ behavior, you might guess that I’m in second or fourth grade. But I’m actually about to enter high school in New York City, and, during my three years of middle school, these sorts of disruptions occurred repeatedly in any given 42-minute class period.

That’s why I’m in favor of the distance learning the New York City school system instituted when the coronavirus pandemic hit.

Emmeline Zhao and I sat down with Shavar Jeffries to talk about coronavirus and education politics and the federal response. He also shares his backstory. Video and text.

Bellwether’s Tresha Ward talks to school leaders about coronavirus response in a series of videos: 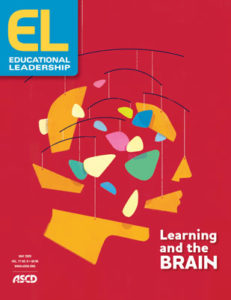 In the May Education Leadership Dan Willingham and I take a look at education’s research problem. Does our pre-Covid lede, augmented with a parenthetical, hold up?

Most people know the basic story of handwashing in medicine: Infections in medical facilities were a seemingly intractable problem until, starting in the 19th century, iconoclastic doctors used data to show that washing hands (and instruments) reduced infections and saved lives. Yet whether from stubbornness, politics among practitioners, or genuine disbelief that washing made a difference, there was plenty of resistance before basic steps to prevent infections took hold. Today, however, routine steps to prevent infection are commonplace. For instance, when you visit a doctor’s office or emergency room, you’ll see sanitizer by the door (even more so now in the midst of the coronavirus crisis).

In education, though, we still don’t “wash our hands.” Instead, we too often alternatively ignore, belittle, or weaponize scientific findings relevant to education, depending on personal or institutional preferences. We don’t, in the education sector, do enough to support a culture or politics that prizes empiricism and learning—including learning about which education practices work best and what empirical data indicates about which practices are most effective.

Via an education task force AEI put together here’s a blueprint for reopening schools – not a template but a set of issues to think about.

This Wall Street Journal story is worth your time. Financial companies buy their way into teachers lounges with offers of free food or other perks, only to sell teachers on expensive, fee-laded 403(b) plans. Meanwhile, state and national teachers unions are willing middlemen who get kickbacks from these deals. Lest you don’t trust the Wall Street Journal, here’s a similar story from The New York Times and many more horror stories from the nonprofit 403bwise.

On the opposite end of the spectrum is this ProPublica story from New Jersey, where health plans for school employees cover the full cost of out-of-network expenses. The results are what you might expect:

In recent months, teachers across New Jersey have been protesting, even striking, for higher wages and more affordable benefits. Meanwhile, a state analysis shows, the glut of out-of-network payments has consumed hundreds of millions of dollars in the past four years. That’s money that experts say could have helped fund the teachers’ demands. And New Jersey residents are also pitching in to pay the bills: Homeowners in the towns where the schools are located are chipping in through higher property taxes.

Health care costs can be controlled with more aggressive oversight. Here’s a story about a Boston union and how they did it:

It required union members to make a trade-off that many, at first, found unpalatable — giving up access to some of the city’s best known, and most expensive, hospitals.

In return, however, workers not only kept their insurance premiums under control, they saved so much money that housekeepers like Rajae Nouira saw their hourly pay increase from $16.98 to $23.60 in five years, a 39% jump.

Evan Coughenour is not Catholic, but he has a growing appreciation for Catholic schools.

Tresha Ward has some tips for principals on how to lead autonomous schools, and how that’s different than leading any other school.

The FAFSA is about to be simplified, here’s Evie Blad on what that means for students and Lamar Alexander’s favorite prop.

Matt Chingos surveys the landscape on free college proposals and explains why, “A plan that simply pays whatever colleges are charging would bail out states like Vermont at the expense of states like Wyoming — and encourage states to raise tuition to capture more federal money.”

Nat Malkus is worried about screen time for kids. As a parent, I wish my kids’ school would send them home with some homework this holiday season. Or at least extra library books. Instead, all I got was a reminder of my kids’ login for online learning platforms so they could spend their break with MORE screen time. No thanks…