The California charter bill has become more reasonable with Governor Newsom’s intervention. There’s a huge swath of middle ground upon which both the CTA and CCSA can plant their victory flags. Let’s hope they find it. (Sidenote: The bill amendments replaces gendered pronouns with gender-neutral ones ?.)

Newark Public Schools used to look a lot like Providence Public Schools today. Alex Spurrier takes us down I-95 to some lessons for Little Rhody’s big problem.

Camden has a long way to go, but a new Stanford CREDO study shows progress primarily among their charter and Renaissance Schools. You can read about the strategy that sparked their improvement here. Check out all of CREDO’s city studies here.

EdBuild is closing its doors but not giving up the fight for equitable education funding. Few organizations have successfully made such complex issues comprehensible.

Little Bankert, five-year-old daughter of Bellwether’s own Lina Bankert hauled in a massive lake trout from Lake Michigan near Saugatuck, Michigan! It was her first time fishing!! 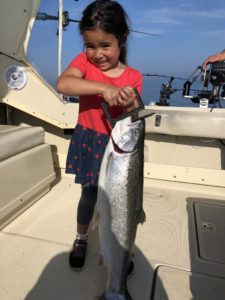 Our fish don’t stack up, but here’s yours truly and my father-in-law Xavier Gaudard with our trophies pulled from Lake Charlevoix, Michigan this morning. It was not our first time fishing. Maybe Little Bankert can show us how it’s done. 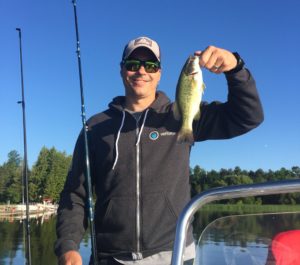 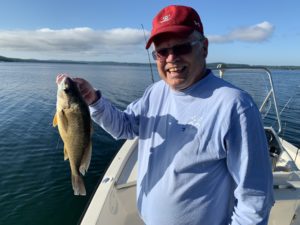 Education issues almost never make it into the presidential debates, but one created a flashpoint in the last Democratic primary debate. Instead of tuition-free college or raising teacher pay, it was the unlikely topic of busing. Even if it was only a savvy bit of debate theatre by Kamala Harris designed to take Biden down a few pegs, I’m glad it was a topic that cuts to the core of racism, inequity, and segregation in our education system rather than one of the many impossible-for-the-president-to-implement ideas that have been floated.

The debate has brought the topic back into the news, so work by academics and journalists school segregation and integration strategies like busing have enjoyed renewed coverage. Education and civil rights historians are having a moment. Busing is a multifaceted topic, so the best writing out there includes all angles: inequity, segregation, politics, racism at the root of the problem, and racism that fueled resistance to busing as a solution.

For instance, on Monday, scholars Matthew Delmont and Jeanne Theoharis recentered the busing discussion on the real issue — segregated schools — and refused to let Democrats off the hook for the lack of progress since Brown v. Board:

But despite its prominence in recent debate, busing was never actually the issue. The real issue was the pervasive and damaging segregation that existed in schools throughout the country and whether all schools would actually desegregate. And with their slippery positions on desegregation, Harris and Biden expose the longtime cowardice of the Democratic Party in dealing with school segregation, particularly outside the South.

Liberals express outrage at federal judges nominated by President Trump who refuse to say whether Brown v. Board was correctly decided, yet Democrats, both historically and in the present, have been largely unwilling to take concrete steps to fulfill Brown’s legal and moral mandate of equal education, so as not to alienate their local white constituencies. As such, school desegregation has long been a third-rail issue for liberal politicians.

Below are a few more pieces that I think are worth your time. Drop your recommendations in the comments.

And lastly, both “busing” and “bussing” are acceptable spellings of the word. “Bussing” is antiquated but not incorrect. “Busing” is more popular. “Bus” is short for “omnibus.” The word “buss” is a synonym for “kiss.”