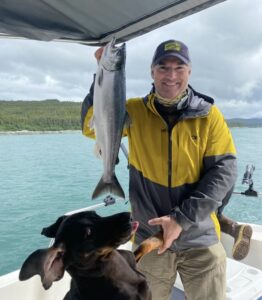 Happy August. I spent most of July in Alaska, which was fantastic and I have a freezer full of wild fish (it’s Friday so fish content). That’s why light posting. Posting will be intermittent in August as well. For now, a few things including, what does my Virginia state board appointment mean for the blog? Dave Chappelle and young adults. Stephen Carter on the Kennedy case. Fishing and data. Jobs. And the Pan Mass Challenge.

Last one first. Today I’m making my way to Boston for some work stuff then out to Sturbridge for the Pan Mass Challenge. A depressing aspect of this blog is the number of colleagues whose too soon passing I’ve noted here, generally because of cancers. That’s one reason, among too many, I try to raise a lot of money each summer for Dana-Farber Cancer Institute, an amazing place I hope you never need. I’ll ride my bike across much of Massachusetts this weekend, 192 miles from Sturbridge out to Provincetown. We’ll raise $66 million for Dana-Farber (100 percent of rider-raised dollars go right to Dana-Farber). If you want to be part of it, I would welcome your support. You can learn more and donate here. Even if you don’t have New England ties, remember that cancer research anywhere helps people everywhere because of how treatment protocols work. DFCI is doing pathbreaking work.

Are you interested in learning how education leaders scaled their organizations using direct, widespread, and systemic impact strategies?

Some quick housekeeping since I haven’t done this in a while and have some new readers. You can read the blog here, or you can subscribe – for free – at Substack to get it in your email box. I am no longer supporting the Google feed because they are not supporting that tool and one day it will just stop. So if you want Eduwonk via email, head to Substack.

Busy session for education at the Supreme Court. I wrote about Carson earlier in the summer. The Kennedy case is more muddled in terms of what it means for schools and policy. 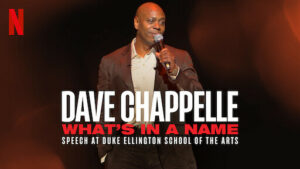 Washington’s Duke Ellington school was going to name its auditorium after local kid and alum Dave Chappelle. That became controversial after “The Closer” and Chappelle had a contentious meeting with students. You can Google all the details. But I’d recommend this short Netflix special he posted in July – “What’s In A Name?” –  about his subsequent talk to the school announcing the name of the auditorium. It’s a master class in treating young people like adults, while at the same time recognizing they are not. It’s also a powerful advertisement for schools like Ellington.

Also out now on video…Earlier this year Education Board Partners convened a few education folks (me, Mia Howard,  Derrick Mashore, and Kimberly Smith) to talk about innovation and charter schools. You can watch, here.

I’m going to serve again on the Virginia Board of Education. What does that mean for the Eduwonk blog?

I’ve said over the years this blog is not a real time readout of everything I work on, conversations, what’s going on, gossip. I could write that blog or newsletter, yes. And I suspect it would be a smash hit. For about three weeks. Right up until everyone stopped talking to me and Bellwether went out of business.

So of course there is a filter. My commitment remains the same. I never knowingly pass along bad information or mislead. I choose not to write about some things because of conflicts, confidentiality, or other similar reasons. I don’t have time to write about everything anyway. And conversations and emails with me are confidential unless other people choose otherwise. I’m an analyst, I’m not a reporter. Virginia has good transparency laws so for the most part, with a few understandable exceptions, board business is conducted in public and you can follow along that way.

I will continue to either disclose conflicts or just not write about certain things. Years ago when I was working for Brian Kelly writing for U.S. News – a savvy magazine editor with old school sensibilities – I asked him one day over lunch for his advice on managing conflicts given that I wrote about the sector and also did a lot of work in it. He said, simply, “Don’t. Andy, there are so many things to write about in education, write about those.” His point, just lay off the untenable stuff, is great advice I’ve stuck to and will continue to. So expect disclosures and transparency and keep sending me good tips!

Fishing is data. Really, you shouldn’t even have to take PTO if you want to go. Thanks to reader Steve Rees for this: 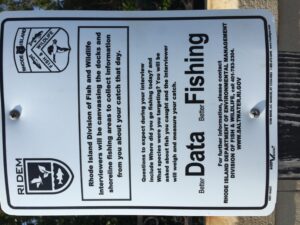