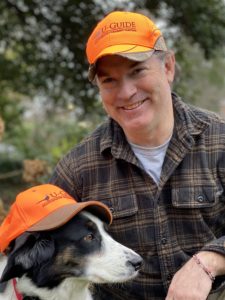 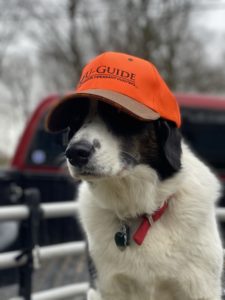 Melody Schopp is a former state ed chief in South Dakota, and more recently has been doing some consulting, podcasting, and other projects. She’s also just a great person to work with. She’s starting a new job for SAS this month.

What’s more, she also moonlights, along with her son, as the proprietor of a pheasant hunting operation in South Dakota. Here’s one of my dogs, Harrison, a rescue mutt who outside of hunting snacks is decidedly not a hunting dog, modeling some of their swag.

A lot of chatter about this Politico story about Lily Eskelsen García’s campaign to become the next Secretary of Education.

Seems like it’s not a done deal but a very real live possibility you should not be surprised to see announced. She’s showing she can work with Republicans and is generally well-liked even by those who don’t agree with her. And while I don’t agree with her on some issues she’s certainly a mainstream pick and is confirmable.

On that, a few contextual notes. First, there are a lot of Republicans in the NEA. Second, the NEA sometimes supports Republican candidates. And third, the NEA is geographically dispersed. In other words, while the AFT is very strong in the cities, the NEA enjoys more broad-based support.

There is a fair amount of agreement on a lot of education issues, from P to post-secondary, among Democrats, more than you’d realize from the attention on the disagreements, but she takes a systems/institutions first view of education, which likely sets up some fights over choice, assessment, and accountability. You do hear some grumbling from higher ed types about how K-12 focused this always is, but this time with a first lady who cares a great deal on higher ed policy it’s a different dynamic for someone considering the role.

What should probably worry K-12 reformers is that the Biden people haven’t been shy about pushing back on various constituencies over personnel – the CBC has a list of concerns, for instance – you haven’t seen a lot of that on anything related to education reform, the opposite actually.

Also, as you my have noticed, the President-elect puts a big premium on “firsts” when it comes to personnel and she would be the first Latina to lead the Department.