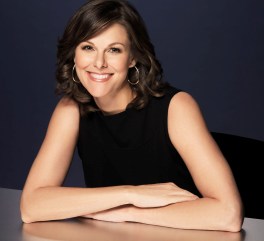 Over the weekend journo and former NBC and CNN anchor Campbell Brown penned an op-ed in The Wall Street Journal taking teachers’ unions to task for not being more aggressive about dealing with sexual predators and sexually abusive adults in schools. Whether and how to reform policies dealing with such teachers is being hotly debated in California and New York right now.

Brown’s op-ed set off a firestorm (Eduwonk links here and here for background and my take) and a fairly nasty debate – as much about Brown’s motivations as about the underlying issue. In her first interview about these topics since the op-ed I asked her a few questions about this earlier today. Here’s what she had to say about the issue as well as charges of sexism and lack of disclosure.

You’ve testified about sexual abuse by teachers before Governor Cuomo’s school reform commission and written an op-ed for The Wall Street Journal, what got you interested in this issue?

I am the mother of two young children. I was horrified reading news reports about what was happening and why it was happening. I felt compelled to try to help in some way. As a writer and former TV journalist, I thought I might be able to bring more attention to the problem.

In your view, what needs to happen?

There is legislation on the table [in New York] that could solve this problem. It was introduced by State Senator Stephen Saland. It would give school districts and the schools chancellor in New York City the authority to fire teachers who are clearly a threat to our students, while still respecting due process and giving teachers the right to appeal. The arbitrators would hear cases and make recommendations, but the buck has to stop with the person responsible for the safety of our kids. Not some arbitrator.

The American Federation of Teachers says this issue has been addressed through the reforms that Kenneth Feinberg designed for them. Why, in your view, are those steps insufficient?

The teachers unions say that due process must be respected here and that this legislation would erode due process for teachers and leave those falsely accused – which does happen – vulnerable. In your view, how should we balance due process concerns with the urgency of addressing this problem?

This legislation absolutely respects due process. Any accusation must first be substantiated by an independent investigator. In New York City that is the office of special investigations; outside of the city often an independent law firm may be used. That stage is intended to address unfounded accusations. Then there would still be an arbitrator who would weigh that evidence. The arbitrator would make a recommendation to the Chancellor or school district and they would have the final say (this is the process that exists for most city employees by the way – why should teachers be different?). And then, if the teacher still felt wronged, that teacher could appeal the decision in a court of law. If that is not due process, I don’t know what is.

This isn’t a new problem, why is reforming these policies so difficult?

Politics. The sad truth. But I believe if we can keep shining a light on this, Albany will understand that nothing is more important than protecting our kids and ensuring the public schools are safe. The union’s position is simply indefensible.

Critics have seized on your husband’s [Dan Senor] affiliation with the New York chapter of Students First to discredit you.  In retrospect, should you have disclosed his role as a board member in the op-ed?

Yes. Absolutely. But tell me why this matters? This is just an attempt to distract people from the problem. The teachers union is protecting these teachers and they have to stop.

You wrote that critics raising your husband’s role with the Romney campaign was sexist, say more about that?

In particular Randi Weingarten, the head of the American Federation of Teachers raised the issue. First, protecting our children from sexually predatory teachers should not be a partisan issue. Second, I believe when a woman in a position of power who serves as a role model for so many (as I believe Ms. Weingarten does) suggests that another woman is incapable of independent thought and is just doing her husband’s bidding, it is extremely damaging to the aspirations of women generally. Denigrating another woman’s views, not on the merits, but just with petty partisanship, is beneath her. It is also an attempt to distract from the real issue and the problems I raised above. Their position is simply indefensible.

Are you planning to become more involved in education? If so, how?

I am passionate about this issue, and I am going to fight as hard as I can to see that this legislation gets passed. I believe that whenp eople come to understand what is really happening, they will support it. I believe that the unions and Albany will come around. At the end of the day, we all want the same thing. The teachers the union represents don’t want these predators in the classroom anymore than parents or students. We all just want to ensure that our schools are safe.

30 Replies to “Campbell Brown In Her Own Words”